We are very excited to announce that we have moved to a new home! Please click the cupcake or visit us at sugarandsnapshots.com! 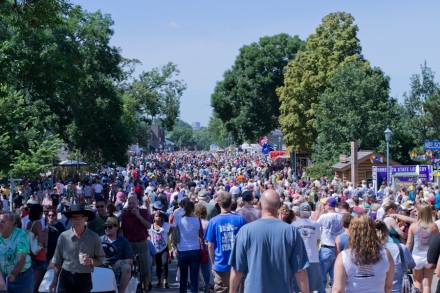 It is that time of year, when the thought of anything on a stick under the scorching hot sun at the state fair makes mid-westerners salivate.  The Minnesota State Fair is the 3rd largest in the US, and the first state fair I have attended.   My first visit was 7 or 8 years ago.  My previous experience to these had only been the small county fair in my hometown.  This was insane, the MN fair averages around 100,000 – 200,000 a day and over a million over the 12 day period it is open.  This year with so much of my focus on food and cooking, I was very determined to go this year.  Not only because it has been 2 years since our last visit, but because I wanted to try some of the new and old favorites.

END_OF_DOCUMENT_TOKEN_TO_BE_REPLACED

In the last year my husband has taken a deep interest in photography, now add my cooking/baking interest into that he’s now becoming more into food photography. One thing that can make or break anyone treading into the deep sea that is food photography is lighting. In the early stages of my blog, the iPhone was all we had, but now we are finally on a roll. Since getting into food blogging one thing that me and my husband agreed on was the quality of pictures, we eat with our eyes, more so online. Since this DIY light box was made, in May, you can see the quality of photo’s improve and grow as we both grow and learn.

What made the photo’s finally take off in the way of quality, is making the light box. Those days when we need the extra light but don’t have the space in our tiny garden level uptown apartment, or the finical means to spend on an elaborate one, this was our best option. I had found a few websites that had DIY Ego Lights, but after some consideration and sketching ideas out. My husband came out with his own version for just under $30. I was waiting for him to create the DIY post for his own blog site, so I could share with my readers and fellow food bloggers.

Please, read over his post, it is very well executed in the way of a step by step process, and the materials needed with example pictures. We hope it is helpful for those looking to take their blog photo’s one step further at home. We hope you find it helpful.

Last night me and my husband talked about this topic after watching Masterchef Australia.  What started it for us?  Both of us had the same answer.  Macaroni and Cheese, but not just any macaroni and cheese.   Macaroni and cheese with crispy proscuitto and bread crumbs on top, a three cheese blend sauce of Gruyere, Parmesan, and American White Sharp Cheddar enhanced with white truffle oil, and baked to a sticky gooey perfection.  It is heaven for macaroni and cheese lovers anywhere.  I cannot wait to make it again and share it with you all in the coming months, but for now I just would like to know more about you, the readers of this blog.

It is the commonalties of food likes and dislikes can spark a fiery debate or friendship.  Creating new friends from old aquatints or even strangers bringing us closer together or maybe further apart.  Food brings out a passion to defend that love, but what sparked it?  Everyone here has a love for food or we would not be blogging, looking up and drooling over food porn, trying to prefect our pictures for our blogs, or just looking for better and maybe healthier recipes online for friends and family.  Food is a passion, it could for most of us be brought back to one dish or meal that changed our lives and outlook on food. Going past just the need for sustainability for life, food became more, a passion, a love. Something we desire to share with friends and family or strangers. So, I ask you.

What is the one dish/meal/tradition that changed your life towards food and why?

I decided to take a minute and let those who might be curious know a little bit about me, my  history, and how the blog came to be.

I am originally from a town around equal distance in the middle of I5 from Seattle, WA and Vancouver, BC.  I used to spend my younger years taking care of my brother while my mom and grandmother worked so I cooked a lot, mostly bologna sandwiches and mac and cheese.  I used to watch those cooking shows on the discovery channel.  I would look forward to 4:30pm every day as that was when my favorite was on, they mostly did desserts.  However for the life of me, I cannot recall the name of the show.  I grew up like kids do, and I still had that little spark of the just love of cooking.  When I could I would cook and one year I think I was around 17, I made the dinner for thanksgiving that year.  All I remember is a pumpkin cheesecake that my brother and mom still talk about years later.

in 2001 while bar-tendering at this little Greek version of Denny’s in Portland, OR I met my now husband.  We actually did meet through a friend, but before it was almost socially acceptable we met in a online turn based game, so I say we met through a friend.  My first words to him after his friend showed me his personal website was “you’re fucking hot.”  Great story for the kids one day, lol.   He was living in Minneapolis, MN me in Vancouver, WA.  As online friends it became more and he came out for Thanksgiving a month later, where I made; Baked Cod with herb wild rice, green beans, and a sour dough loaf.  Apparently that meal is what sealed the deal for him, for me it was coming home one day while he was visiting and found he did the dishes and threw out the garbage!  Less then a month later on December 17th 2001, I was on a plane to Minneapolis with two suitcases and an backpack of clothes and belongings.

Now, 9 years later we are still together.  Last summer we were planning a big wedding to have in July, 2011.  I was in a tissy, stressed out, and unsure if a big wedding was me.  In early fall of 2010 I was thinking on the wedding cake.  I was getting upset because, I never liked cake… How could I pick out a cake for a wedding that all my guest were going to eat when I didn’t even like it?  What if I picked out something they didn’t like!?  So, I started a project!  I was determined to try and make a cake that I liked.  I started following food blogs that focused on desserts mostly. I started out simply and slowly, with vanilla and chocolate cupcakes.  Failures and successes, I kept it up.  I just wanted to keep trying to get something that I liked.  Eventually, people started saying how amazing they were, how pretty they looked.  I started making them for people’s birthdays at work, finding any excuse to make more cupcakes!  My now darling husband, encouraged me to try other things.  Our dinners were getting a bit old, you can only have so much chicken teriyaki before you’re sick of it,  so I did!  I eventually started buying better ingredients, better cookware, better anything!  Anything to make everything better!

Now, here we are.  not even a week into 2011 and the past 4 months have been a ride!  We decided to call off the big wedding in favor of small one with just us.  On December 17th we got married, 9 years to the day that I arrived in Minneapolis to be with him.  I got all new kitchen equipment, and every week I make a list of new things I want to try and make, new flavor combination, new cookware, and new ways to make Frank smile.  Armed with my trusty shopping list I hit the grocery store so happy!  With Starbucks in hand and grocery list in the other, I have more fun then clothes shopping.  Every day his encouragement to keep trying even after failures of me pouting over flat macarons or burnt herbs keeps me going, and to think… All this cooking and new found excitement and enjoyment in my life.. started with cupcakes.  Hence, The Catalyst: Cupcakes…. 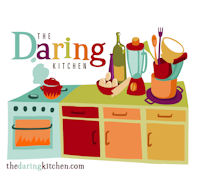